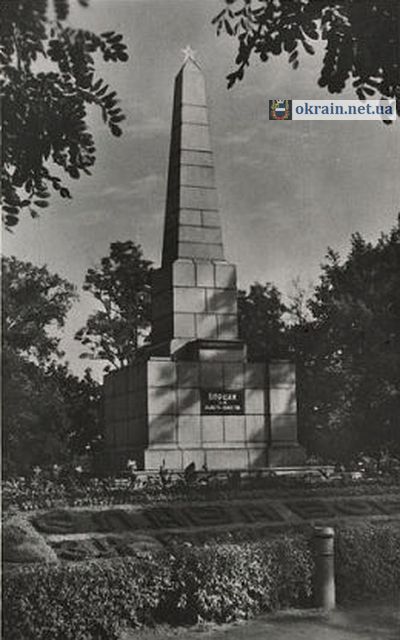 The commanders and fighters of the 5th Infantry Regiment, who were shot in 1918 by the Petliurists, and the Red Army soldiers and partisans who were already killed in battles with Denikin, are buried in a mass grave. The granite obelisk was erected in 1938-39, and in 1940 a sculptural group “Partisans” was installed on the front side of the monument. The authors of the monument are architects Guralov and Kogan.
In 1946, the Postal Square was restored with a monument to the “Fighters for the Power of the Soviets”.
The monument was in the Postal Square, now it is on Victory Square 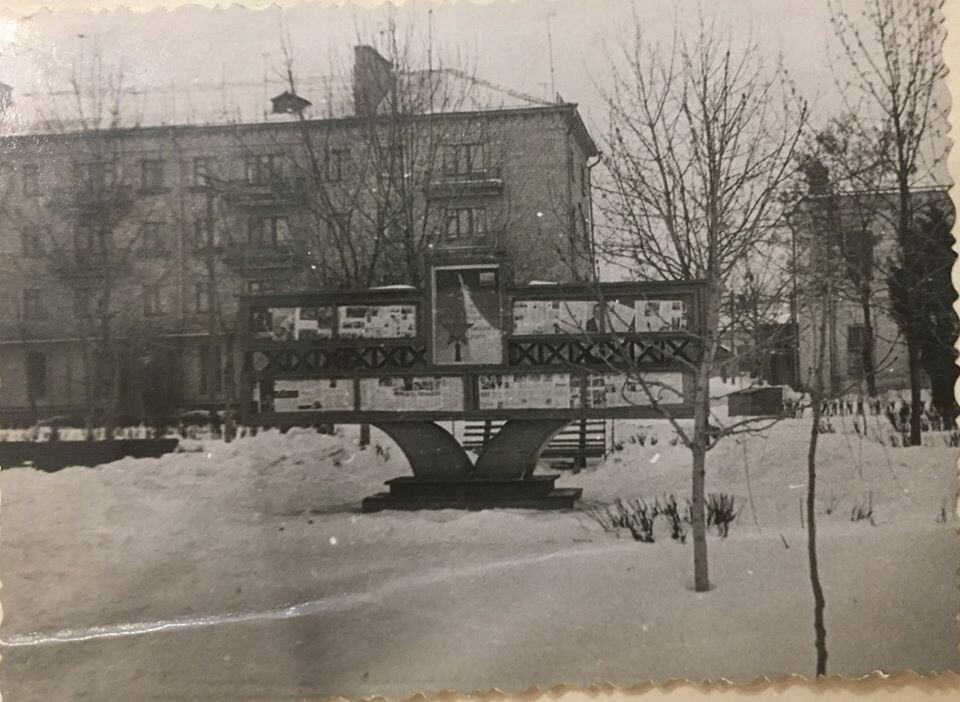