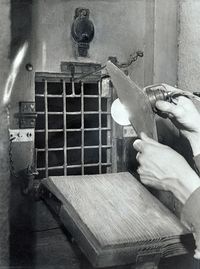 Having occupied the city of Kremenchuk, the German authorities in the person of Gibits, the commissioner of the city of Rott and his assistant captain Struck, art. Lieutenant Kenik, Art. Lieutenant Weir, Captain French, in the first days of his arrival in the city began to establish fascist orders with the inherent methods of cruelty, designed mainly for the mass extermination of civilians.
Initially, the registration of the entire population was announced, and simultaneously with the registration, mass arrests of Soviet people began. Dozens and sometimes hundreds of people living in the city were arrested under various pretexts. So for one killed German soldier, for unknown reasons, 200-300 people were arrested as hostages or innocent civilians of the city.
All those arrested were kept in a prison where exceptionally difficult conditions were created, the cells were overcrowded, dirty, damp and stuffy. As a rule, food was given once a day, 150-200 grams of bread and a soup made from vegetable waste, which did not even meet the requirements of a hungry existence, but literally led to the starvation of the arrested. In addition, the arrested were systematically subjected to interrogations, torture and all kinds of bullying.
Sidelnikov Yevgeny Trofimovich, who was in prison for 2 months as a prisoner arrested by the Germans, said:
“Those arrested in prison were given 200 grams of bread a day, lunch consisted of half-boiled pickles. While in prison, I was sentenced to corporal punishment, that is, to 10 lashes. For the execution of such a sentence, there was a specially equipped room at the prison, where there was an iron bed, on which they laid me.
After that, the policeman took a 4-coal rubber whip and, in the presence of the head of the prison, struck me 40 blows with this whip.
I was an eyewitness to how, early in the morning, in a truck with a wooden body, densely upholstered from boards, painted black, arrested people were taken out of prison for execution, but I could not see how and where they were shot.
The prison was located on the banks of the Dnieper River, near the cathedral in the city of Kremenchuk. The prison building was 2-storey with a basement of 13 cells, where up to 220 people were kept during the period of my stay. Those arrested were not like people. Their faces were bruised and swollen from hunger and beatings. Some had broken lips and knocked out teeth, most of them could not walk from exhaustion. For the slightest violation of the inhuman regime established by the Germans in prison, the arrested were punished, that is, they were put in separate cells or a punishment cell – it was a room without light, where there were absolutely no windows and did not give food and water.
Naida Evgeny Efimovich said:
“By order of Zelik’s chief, in prison, those arrested were beaten with tepals in clothes and undressed. The men held in the prison did not look like people, their faces were bruised, their noses were broken, their teeth were knocked out, which is why they could not even talk.
As a rule, they were taken out of prison for execution on Saturday mornings in cars. Drunken German soldiers removed clothes from the doomed victims, often with the presence of the head of the SD Zelik. Who himself personally beat the undressed with rubber sticks on the shoulders with such force that some fell to the ground.
Witness of those events, Sherstyuk Praskovya Maksimovna, said:
“On January 19, 1943, my son Peter, born in 1918, was arrested by German soldiers from the Gestapo and imprisoned.
On March 3, 1943, I carried a parcel to him, but when I arrived at the prison, they told me that there was no such thing.
Then I learned that my son had been shot on Peschanaya Gora. On the second day, I went to the place of execution and saw traces of blood and a large, freshly dug hole.
On November 13, 1943, after the liberation of Kremenchuk from the Germans, excavations were carried out on Peschanaya Gora, pits-graves of the executed. In one of the pits, I managed to identify the body of my son. Why he was shot, I never found out.”
Arrested and in a German prison, Fedorova Matryona Andreevna said:
“From August 24 to September 21, 1943, I was in a German prison in the city of Kremenchuk. During this time, I personally saw how people were taken away in a car to be shot.
On September 20, 1943, 53 men and 3 women with their hands tied were loaded onto two vehicles and taken to be shot.
While in prison, in a cell on the second floor, under which there was an investigation chamber below, where the interrogation of the arrested was carried out. Every day I had to hear the inhuman screams of those arrested at the time of torture and interrogation. I also witnessed the fact that the head of the prison beat a 65-year-old man because he entered into a conversation with a newly arrived prisoner.”
Literature:
A copy of the act of the commission dated November 29, 1943, on the acts committed by the Nazi invaders and their accomplices during the period of temporary occupation from September 9, 1941, to September 29, 1943, in the city of Kremenchuk.
Commission consisting of:
Chairman of the Commission – First Secretary of the City Party Committee Burau Valentina Ivanovna
Commission members:
Chairman of the Executive Committee of the City Council – Budny Alexander Alexeevich,
Head of the City Department of the NKGB – Lieutenant Colonel Razumov Viktor Alekseevich
Head of the City Department of the NKVD – Captain Shishlov Fedor Emelyanovich,
Editor of the city newspaper – Pavel Efimovich (surname illegible on the document) 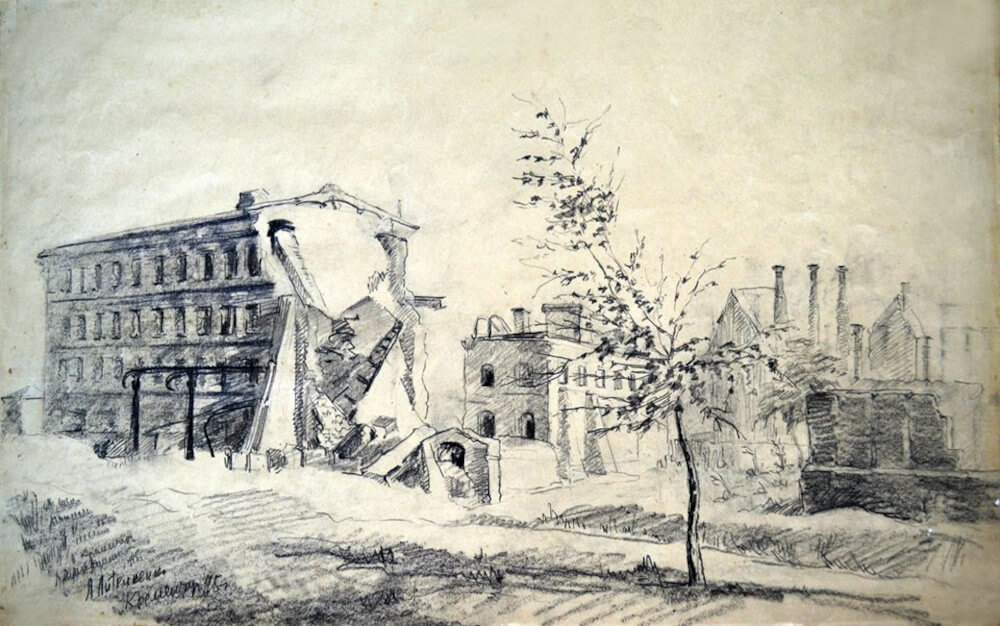 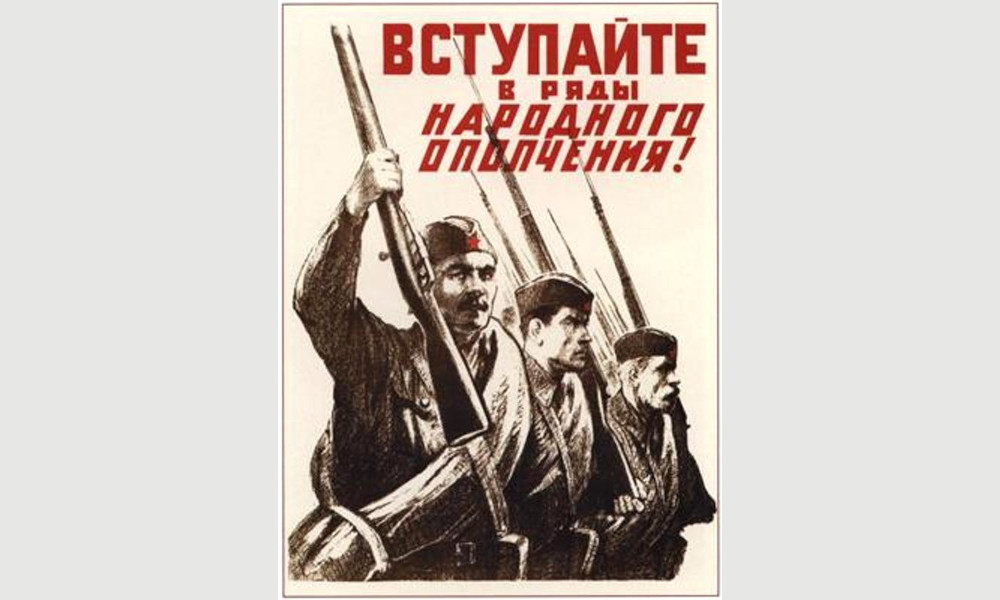 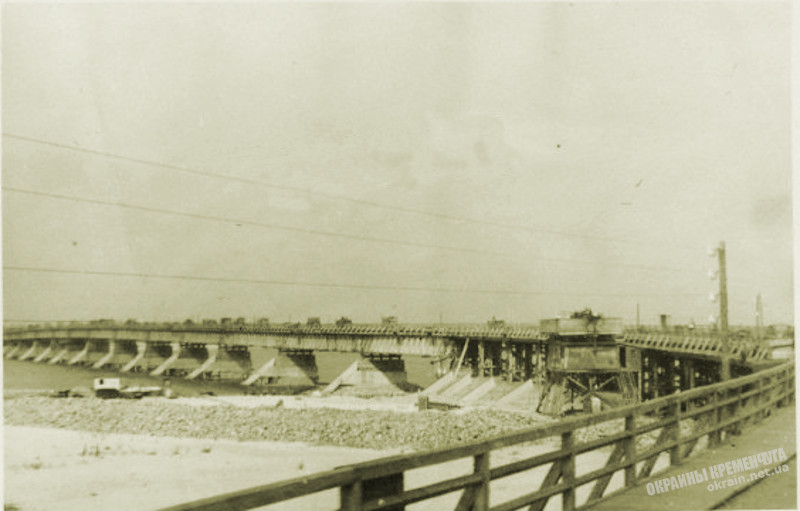