In 1842 one of the largest tobacco factories of SBDurunch was founded (the founder was Semen Durunch, manufacturer, merchant of the first guild). And it was located in Kremenchug, on Birzhevaya Street, which is confirmed by several sources. The annual turnover of the tobacco factory in Kremenchug was 400 thousand rubles. Later factories appear in other cities and even outside Russia.


It is known that there were warehouses and moorings in Nikolaev and Odessa. Company shops in the capitals of Europe, for example in Paris, and Berlin. It is also known about the factories of Durunch in Kiev, Vilnius, Melitopol.

From the memories of Anna Durunch, the house of Durunchi was located in the center of the city of Kremenchug. The last owner of the factory, Ilya Duruncha, was known as a cheerful and kind person, a caring owner and guardian of his workers, this confirms the fact that during the Bolshevik pogroms, the workers themselves defended the house of Durunch, retaining property.

There was a case when Ilya Duruncha found out that one of his clerks got married, he bought him a house as a gift, furnished him and gave him more money for the wedding. It is also important to note that in the clan Durunch had St. George Cavaliers – honorary citizens of Kremenchug of the pre-revolutionary era.

The article is written according to information from Valery Khlebutin. (Valery’s grandmother, Anna Duruncha) 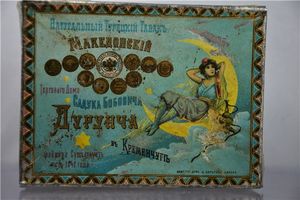