The find is estimated at up to three thousand pounds

Ann Clapp, 37, from the English county of Derbyshire, learned that a gold coin from the 14th century was hidden in her bureau. After the death of a distant relative, a woman inherited her furniture. Among the things that went to a woman was an old bureau made at the beginning of the 20th century. She decided to sell it at auction.

Appraiser Edward Raycroft examined the bureau and found three secret mailboxes in it. In one of them lay a 22-carat gold coin minted during the reign of Prince of Orange Raymond IV de Bou. It can cost up to three thousand pounds sterling (about 105 thousand hryvnia), that is, 50 times more expensive than the bureau itself, which was estimated at 60 pounds sterling (two thousand hryvnia).

“I know that in such bureaus there are often tiny secret drawers, sometimes called coin ones, so I always check them for any reason,” explained the expert in the commentary to the Daily Mail. “For ten years I didn’t find any assessment of furniture in them of this case. “ 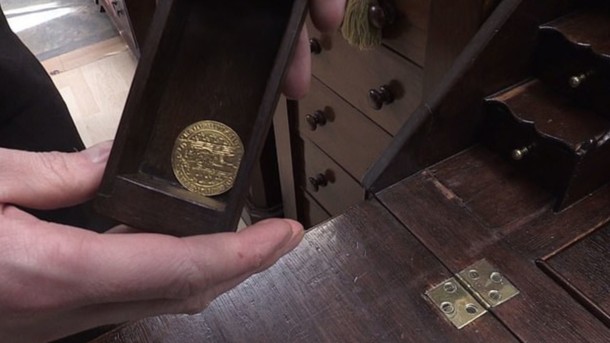